IPPO is pleased to announce the launch of Knowing and Evidencing Monkeypox: A Rapid Policy-Focused Study of Community Organising, Communication, and Vaccine Engagements.  This ESRC-funded project sees the International Public Policy Observatory collaborating with colleagues from the Universities of Edinburgh, Bristol, and Manchester, and the UK Health Security Agency to fill previously-identified social science research gaps related to the current outbreak. 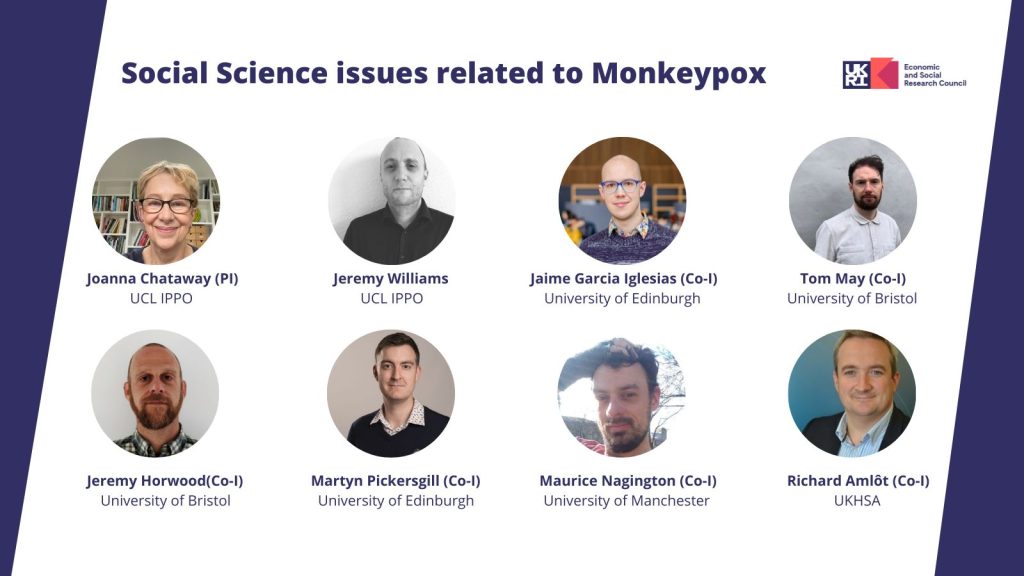 The project explores community organising and information sharing among men who have sex with men (MSM) in relation to Monkeypox, including the influence of social media and underserved communities. The project will use primary qualitative research to identify lessons from the outbreak for future communication and produce relevant, evidence-based recommendations for policymakers.

Goals of the Project

The project’s goals include:

The project is also focused on IPPO’s core role of impactful and useful public policy interventions through producing usable, realistic, and implementable recommendations to inform both responses to the current outbreak as well as future scenarios.

These will include identifying lessons from effective self-organising and information sharing among MSM communities that can be applied to communication between public health agencies and affected communities. These lessons will support health promotion including assembling know-how around the encouragement of vaccine engagements, and will also seek to improve public policy’s ability to respond to health and social challenges experienced by historically underserved groups.

The project will produce a number of output interventions for different audiences many of which will be collated at the Monkeypox Project’s dedicated area of the IPPO website.  These will include:

If you have been affected by Monkeypox and/or are involved in the response to the outbreak and would like to have your voice heard by participating in a roundtable, please e-mail Jeremy Williams at jeremy-williams@ucl.ac.uk.  The roundtables will take place in December 2022 and January 2023, with attendees given the option of their contributions being anonymised in any public-facing material.